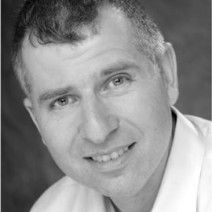 Bassist and composer Howard Britz grew up in London, England. He has performed and recorded with a many influential musicians including; bebop vocal legends Jon Hendricks and Annie Ross, Latin Jazz greats Danilo Perez & Paquito de Rivera, important Jazz artist such as Sam Rivers, Julius Hemphill, Kenny Werner, Uri Caine, Jeff ‘Tain’ Watts, Kenny Wheeler and Tim Garland. The breadths of his musical influences in the Jazz, Latin, R&B and Gospel fields can be heard in his playing and compositions. Arriving in America in 1991 on a scholarship to Berklee College of Music, one of his first gigs was with Billy Pierce, the ex-Art Blakey tenor man. He received a Graduate Diploma from the New England Conservatory of Music in 1995. In 1995 he overshot New York and moved to Philadelphia, PA for, as he puts it, “romantic reasons.” “I learned so much playing with the wonderful Philly musicians of the older and younger generations such as Mickey Roker, Sid Simmons, Uri Caine and John Swana, and the many soulful jazz/Blues vocalists–it was a great scene.” Residing in New York since 1998, Howard has continued to play, record and teach. As a leader he has 3 CDs out under his own name ‘The Future, The Past,’ ‘Made in Brooklyn,’ and most recently, ‘Here I Stand.’ In 2008 he took his band on tour to England to great audiences and excellent reviews. He received a BFA in Music & Education, summa cum laude from The City College in 2005. “My goal is to be a contemporary player conversant with what’s going on now but always in touch with the roots of jazz and Latin music, i.e. it’s really important to groove and for things to feel good.” For more about Howard, visit www.HowardBritz.com.